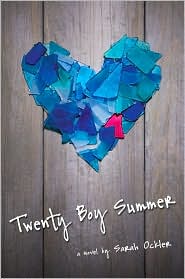 These are the words of Anna, who just a year earlier was having the time of her life with her two best friends, Frankie and Matt, until a tragic accident killed Matt. Now, Anna and Frankie are heading to California for vacation, determined to have the "Absolute Best Summer Ever (A.B.S.E)" but it's clear no one has truly come to terms with Matt's death. What's more, Anna has a secret she can't tell anyone, she was in love with Matt, and Matt was supposed to break the news of their relationship to Frankie (his younger sister) before he died. Afraid of hurting Frankie, Anna keeps her feelings locked up inside even though they continue to eat away at her. Frankie has already been acting out since the death, and now she has challenged Anna to a game, a "twenty boy summer" leading Anna to determine “the statue of limitations on feeling guilty for cheating on a ghost.” Readers will be quickly drawn in and moved by the pain of everyone touched by Matt's death. We see the strain put on Frankie and her parents, on Anna, and on the friendship between Anna and Frankie.
The writing is easy to follow, but I wouldnt recommend this for anyone younger than 13, since a main aspect of the book is "getting" twenty boys and losing one's virginity. Still, everything was portrayed in a decent manner, and Okler's writing was often poetic.There were times when I caught myself smiling, and other times where I had to try not to tear up (I was reading in public; embarassing).
I would definitely recommend this book to any girl looking for a light, yet meaningful, read.
~ Allie
Posted by Allie at 10:54 AM 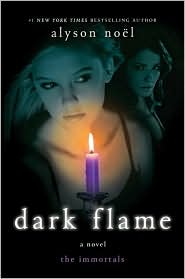